We are delighted to confirm the Sir David Maddison Opera Prize will be taking place on Saturday 7 November 2020. A full update detailing the arrangements can be found at https://theathenaeum.org.uk/update-the-sir-david-maddison-opera-prize/.

The following are the current biographies of the RNCM students contesting for the 2020 Sir David Maddison Opera Prize. I think that you will agree that all the students are already very accomplished, and I feel sure will go on to enjoy very successful careers in their chosen field. I look forward to anticipation of wonderful performances from some enthusiastic and very talented young singers. With warmest wishes, David J Cox. 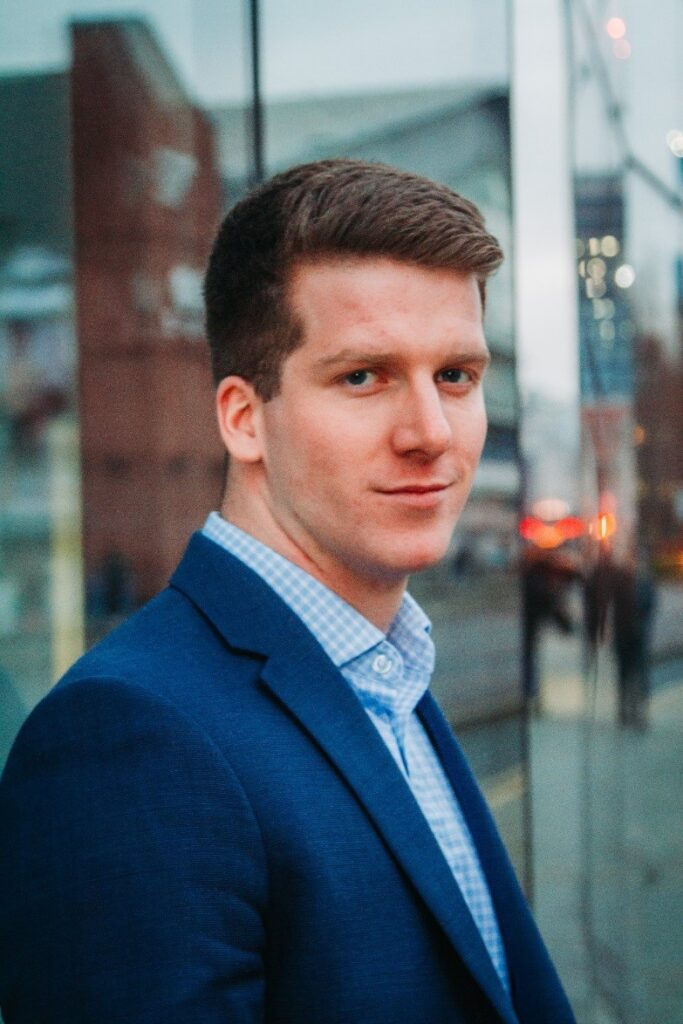 Liam was drawn to music from an early age. He has diverse musical interests and inspirations nurtured over time by listening to everything from Hard Rock to Classical, Full Sound to A Capella music building him in to the musician he is today. Born in Hong Kong in 1998, Liam spent most of his early life living as an expat in countries and cultures including China, Belgium, Bahrain, the UAE and ultimately the UK.

Liam moved to the UK at the age of Thirteen, where he studied through to A Level at Repton School, Derbyshire. He went onto study at the University of Leicester, where he won a choral scholarship and first started to work with Quentin Hayes (ROH Principal 2000-2005). In 2019 he was honoured to accept an offer from RNCM and to be awarded the Sir John Tomlinson award, an award created to support a young Bass Baritone singer.

He has thrown himself into his new studies and in the first few weeks at RNCM has was successful in becoming a cast member for the Bergen National Opera’s touring performance of Peter Grimes. He has also undertaken a residency development weekend at the Opera North in Leeds and is working on his language and performing skills daily. 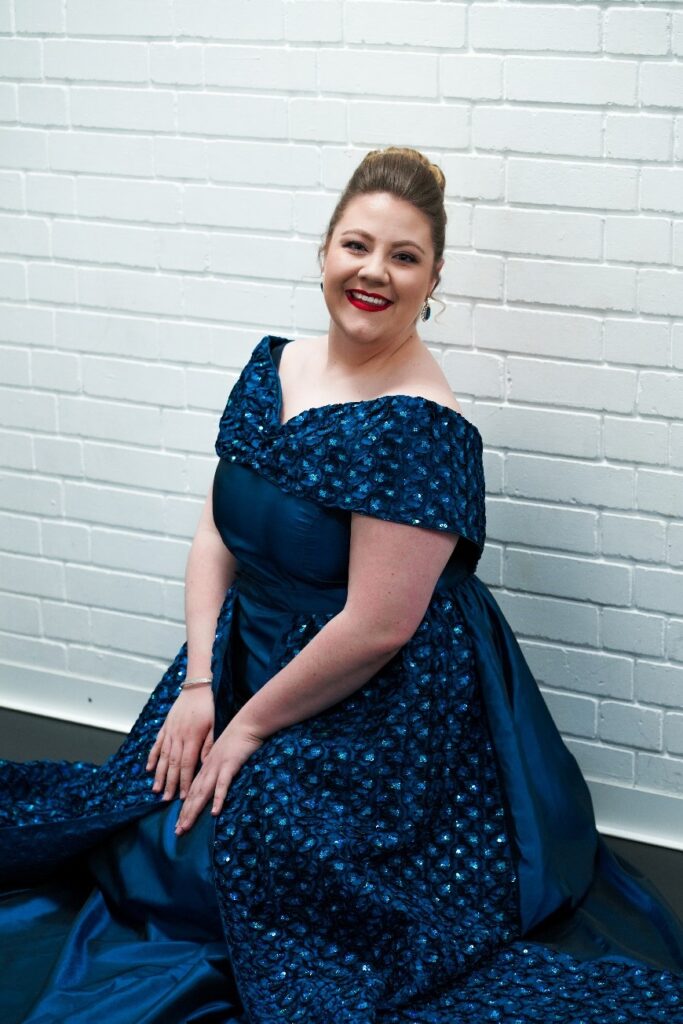 New Zealand soprano Madison Horman is currently studying towards a Master of Music at the Royal Northern College of Music under the tutelage of Eiddwen Harrhy. She holds a Trinity ATCL diploma in Musical Theatre and has performed extensively in New Zealand’s regional musical theatre scene.

Ms. Horman has been a winner in the New Zealand Aria Competition, the International Trinity College Exhibition Prize, and was nominated for the bi-annual National Young Performer Awards in both 2016 and 2018. In 2020, Ms. Horman was also a finalist in the prestigious Frederic Cox Award competition at the RNCM.

Ms. Horman is generously sponsored by the O’Donnell Trust Grant, the Dame Eva Turner Scholarship, and the Mary and James Glass Scholarship. 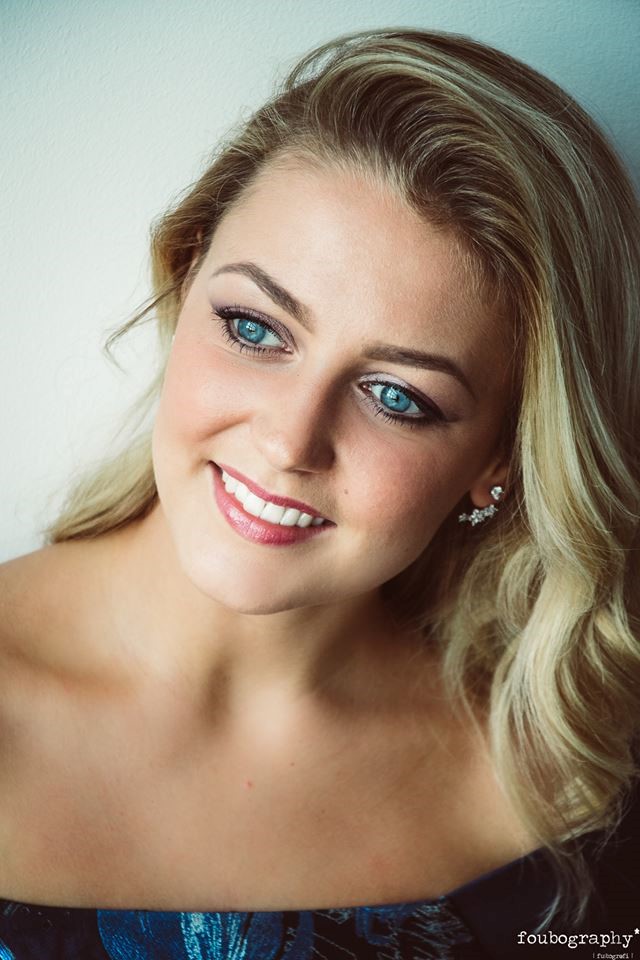 Naomi is a mezzo-soprano from Suffolk, currently studying for her Master of Music in Performance at the Royal Northern College of Music, having also completed her undergraduate studies there. She studies under the tutelage of Louise Winter, is a current participant of the Opera North Mentorship Scheme and is generously supported by the Annie Ridyard Scholarship, Mario Lanza Educational Trust, Split Infinitive and the Helen Mackaness Award.

As a regular concert performer, Naomi’s highlights are performing as guest soloist at the International Opera Awards 2019 which took place at the Saddler’s Wells Theatre in London, singing Mozart repertoire with the Hallé Orchestra at the Bridgewater Hall, and performing the orchestrated arrangement of De Falla’s Siete canciones populares españolas with the ArkEnsemble in the RNCM concert hall. Last year Naomi was a finalist in the prestigious Frederic Cox competition at the RNCM and in the same month made her recording debut as soloist in Sullivan Songs alongside David Owen Norris. 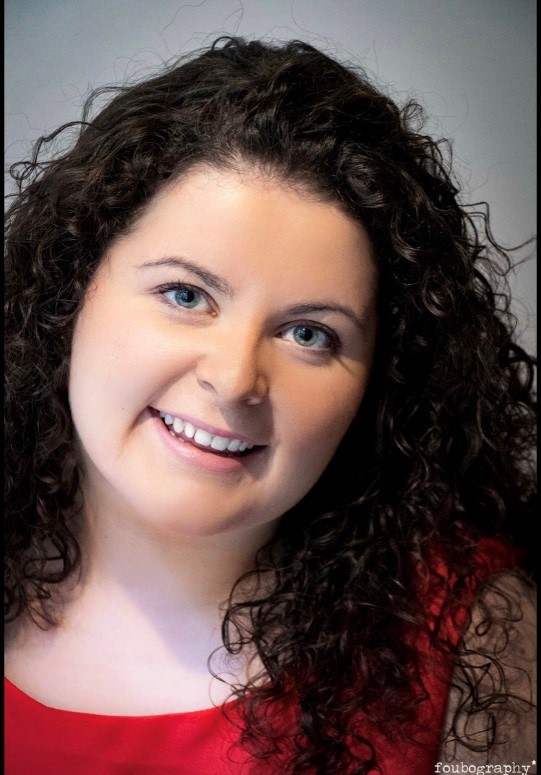 The Welsh Mezzo-Soprano Erin Fflur is originally from Y Felinheli in North Wales.

She is currently in her final year studying Master of Music Vocal Studies and Opera at The Royal Northern College of Music under the tutelage of Louise Winter. Her studies are generously supported by the Gwilym Gwalchmai Scholarship, Côr y Traeth Scholarship, Masonic Talent Aid Award, Alice Orrell and A&N Kendall Award, Mario Lanza Education Foundation Award and John Llewelyn Roberts Memorial Award. Erin enjoys competing at numerous Eisteddfod’s in Wales and has been successful in competitions such as The Mezzo-Soprano Solo, Opera Solo, Welsh Song Solo and Lieder Solo.

Erin appeared in her first ever opera at the age of ten years old as the role of Cartrin in the Welsh National Opera production of Wild Cats. Her opera roles in the RNCM Opera Scenes include Minskwoman from Flight by Dove, Mere Marie from the Dialogues des Carmelites by Poulenc, Bianca from Rape of Lucretia by Britten, Miss Todd from The Old Maid And The Thief by Menotti and Madam de la Haltière from Cendrillon by Massenet. Recently Erin performed the role of Ruth from the Opera Pirates of Penzance by Gilbert and Sullivan at The RNCM alongside the Symphony Chorus and Orchestra. And in December she appeared as the role of Souer Valentine at The RNCM Christmas production of Dialogues des Carmelites by Poulenc.

Erin’s performance of Oratorio and Mass include Messiah and Samson by Handel, Requiem by Mozart, Elijah by Mendelssohn, Mass in C Major by Beethoven, Te Deum by Bruckner and Stabat Matter by Jenkins. Erin’s recent performances include – The Age of Kings by Edward Gregson the former RNCM principal, she performed the work alongside The Black Dyke Band in a concert here at The RNCM to celebrate his 70th birthday. And she recently toured around Germany performing in numerous venues around Germany including Cologne and Frankfurt. 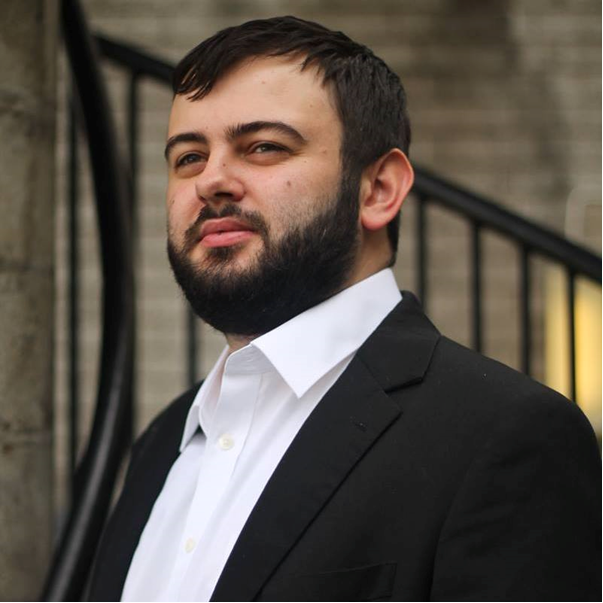 Peter Brooks is a baritone from Amersham, Buckinghamshire currently studying a Postgraduate Diploma at the RNCM under the tutelage of Matthew Best.

Operatic roles include Tarabotto (L’Inganno Felice), Superintendent (Albert Herring), Gamekeeper (Cunning Little Vixen), Pig (The ​Enchanted Pig) and notably Lieutenant Cholmondeley in a semi-staged production of Yeomen of the Guard in ​Birmingham’s Symphony Hall conducted by John Wilson alongside a professional cast including Thomas Allen and ​Benjamin Hullet with the CBSO. Peter has extensive experience with Gilbert & Sullivan operettas having been part of the ensemble of the National Gilbert & Sullivan Opera Companies 2018 and 2019 tours.

Peter has also been involved with contemporary opera having performed the premiere of Sebastiano Dessanay’s opera The Cry of the Double Bass at the 2017 Tête-a-Tête festival in London. Peter most recently joined the chorus of the Wexford Festival Opera for their 2019 season singing in the ensemble for Don Quichotte and Adina.

Peter began his musical journey with choral singing and remains very involved in choral music having regularly returned to his alma mater (University of Birmingham) ​ to sing solos in Rossini’s Petite Messe Sollenelle and Brahms Ein Deutsches Requiem. Peter also regularly sings in several church choirs and is a Choral Scholar at the Oratory Church of St Chad in Manchester and has previously been a Choral Scholar with the Hallé Chorus and St Chad’s Cathedral in Birmingham. Upcoming engagements include rejoining the National Gilbert & Sullivan Opera Company for their 2020 tour performing four more G&S operettas as part of the chorus.

Peter is generously supported at the RNCM by the Berry Award and the Richard Newitt Fund. 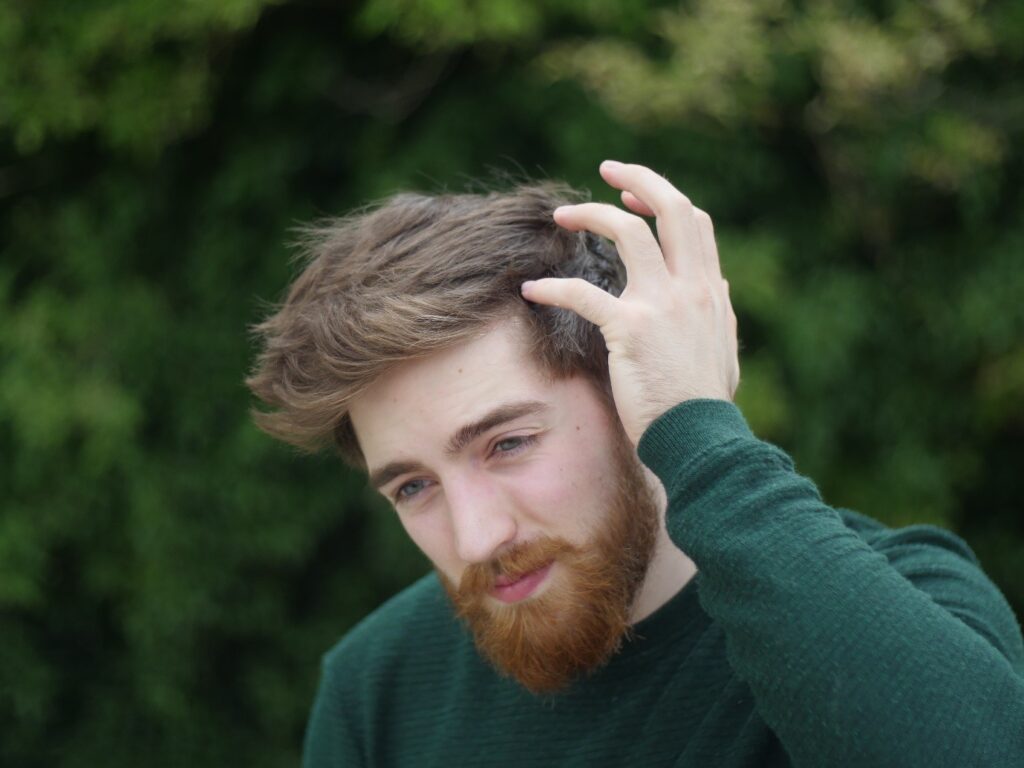 Other highlights include Berlioz’ Grande Messe de Morts and Britten’s Peter Grimes with the Bergen Philharmonic, and Soloist in Mozart’s Requiem for the BMS singers. For RNCM, he has sung Messenger in Handel’s Theodora, Chorus in Weill’s Street Scene, Mozart’s Cosi Fan Tutte, and Offenbach’s La Vie Parisienne, as well as excerpts from Verdi’s Falstaff, Mozart’s Le Nozze Di Figaro and Gilbert and Sullivan’s Ruddigore. He also took part in Vaughan William’s Sea Symphony at the BBC Proms, and is featured on the Gabrieli Consort’s recording of Britten’s War Requiem. This season, he will sing Le Premiere Commissaire in Poulenc’s Dialogue des Carmelites at the RNCM.

Gabriel also sings as a founding member of The Apex Singers, an acapella group which explores repertoire ranging from folk and art songs, to popular music, under composer and arranger Oliver Lambert. Gabriel is also a keen recitalist, and is currently working on future recitals of Wolf, Strauss, and other repertoire with pianist Tomek Pieczora.

Gabriel Seawright appears by kind permission of the RNCM. 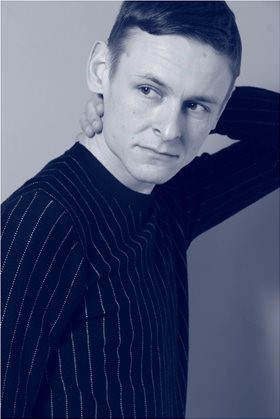 Robert Chesters, from Formby has studied piano from the age of five.   In 2002 he was awarded the “People to people” scholarship to Lakewood, Colorado, where he performed Beethoven’s Piano Concerto No 2 with the Lakewood Symphony Orchestra.  While studying at The Royal Northern College of Music with John Gough, notable performances included solos in the “Sculptures of Sound “ Festival in 2005, where he performed Beethoven’s “Tempest” sonata, and performances at the 2006 Rachmaninoff Portrait.

Robert has been tutored by Alexander Melnikof, Stephen Hough, Philippe Cassard, and Paul Roberts, and he has performed in masterclasses by Angela Brownridge and Harvard Gimse.  Robert was awarded a Bachelor of Music degree with Honours in July 2007 and graduated from the RNCM in September 2008 with a Master of Music in Performance.

During his study at the RNCM, Robert was the recipient of the 2006 RNCM Bach Prize, and in November 2007 he won the Accompaist Prize in the Bessie Cronshaw Song Cycle Competition.

In addition to teaching piano, Robert performs with instrumentalists, solo singers, and choirs.

Robert accompanies for Sefton Schools Music service and is the official accompanist for the Liverpool Philharmonic Melody Makers and Children’s choir.  Robert also works as the repetiteur for Opera Viva Merseyside including their recent production of L’elisir d’amore, and since 2017 he has been the rehearsal, concert and orchestral pianist for Flat Pack Opera.