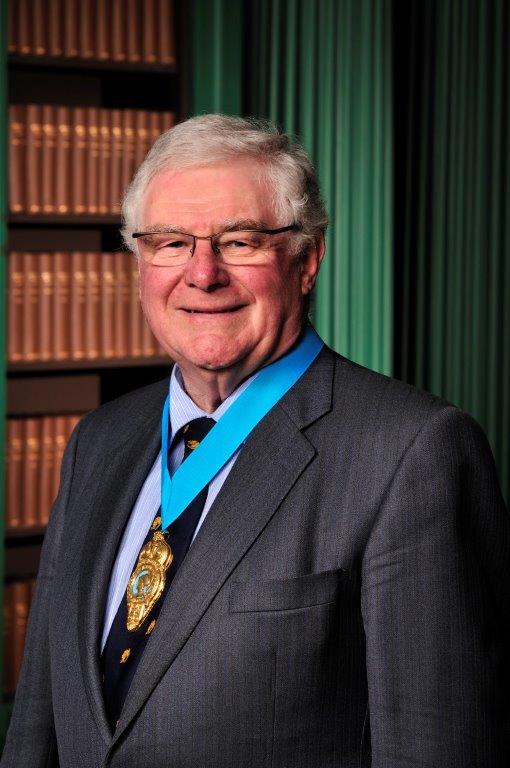 Earlier this month we received the sad news of the passing of our friend and Past President, His Honour John Morgan ( 22 September 1934 – 8 November 2020).

We are grateful to John’s life long friend and fellow Athenaeum member, Richard McCullagh, for providing the below obituary.

John was born in September 1934 (in the same month as Sophia Loren and Brigitte Bardot!).

He went to St Edward’s College in Liverpool and, on leaving school, to Liverpool University where he read Law, following which he became articled to the Town Clerk of Bootle.

He subsequently undertook his National Service in the RAF, where he spent 6 months learning Mandarin Chinese, before being posted to Hong Kong to eavesdrop on Chinese MIG pilots’ communications.

On completion of National Service he took up a position as an Assistant Solicitor with Liverpool Corporation, as it then was, and achieved renown in the 1963 freeze-up, when all football was cancelled, by being party to the application by the Pools companies to establish the Pools Panel. He helped ensure that the Panel was set up in a manner which would not contravene gambling legislation.

He then joined J Frodsham and Sons, solicitors, in Prescot as a partner.

He was called to the Bar in his late 30s, serving pupillage with his great friend, Bert Andrew. John developed a wide practice and was much respected. In the early 80s, he was appointed a Deputy Stipendiary Magistrate in which capacity, in 1984, he was sent to South Yorkshire to hear cases arising from the Miners’ Strike. He described himself at the time as, ‘a flying ‘stipe’ for flying pickets!’.

In due course he was appointed to the Circuit Bench as a Circuit Judge, gaining a reputation as a safe pair of hands and becoming an expert on civil jury trials.

As a sportsman, John joined Liverpool Rugby Club in the 50s and played eleven games for the First Team as a scrum-half. He then turned his talents to refereeing with the Liverpool Society, rising to being placed on the First-Class Panel. He became President of Liverpool Football Club Rugby Union in its 12th year in 1980 and thereafter, with his great pal Ron Roby, took to broadcasting on local games for Radio Merseyside. As a cricketer he played for Sefton as a wicket-keeper, mostly in the Second Team and later became President of Sefton Park CC where, while President, he established an annual golf competition which became known as ‘The John Morgan Classic’. As a golfer John was a member of Woolton Golf Club as well as the Bar and Judges’ Clubs.

Away from the Law and sport John had a great love of music and literature. He joined the Bentley Operatic Society. Starting in the society’s chorus he graduated to principal roles, most notably as the judge in, ‘Trial by Jury’, when he was, in effect, simply playing himself! He eventually became a long-serving President of ‘the Bentley’ coping, with aplomb, with its various artistic and operational foibles.

Following the closure of the Lyceum Club John became a member of The Athenaeum and, in 2009, became its President. He was an assiduous President and his year in office was notable for the number of functions held.

One included a comedy sketch performance by John, together with two other former judges, Richard McCullagh and Elizabeth Christie, in which he lampooned the institution’s then stultifying dress-code which led directly to its early, and welcomed, relaxation. More recently he was Chairman of the institution’s Literature Group, giving occasional talks on his great love of ‘Scandi-crime’.

John was a Governor of St Edward’s College and served for many years as Chairman of its Governing body.

Utilising his advocacy skills, John became a most accomplished after-dinner speaker and was much in demand. He had a style which was light, amusing and greatly enjoyed by audiences of all types who would have been unaware that the smooth, relaxed delivery was the result of meticulous preparation.

In 1970 John married Rosalie and they have two sons, Matthew and Benedict.