Yesterday many across the world commemorated the 75th Anniversary of the Normandy landings. Often referred to as D-Day, the Allied Invasion of Normandy during World War II was the largest seaborne invasion in history and laid the foundations of the Allied victory on the Western Front.

Further afield we were fortunate enough yesterday to be receiving reports from the front line by our own correspondent, Graham Burgess. Graham took part in a commemorative walk in Normandy with the Royal Marines, retracing the route taken by his father’s unit on that day 75 years ago – Royal Marines 4th Special Service Brigade.  Our thanks to Graham for sharing these bulletins, giving an insight into this Brigade’s journey, in what were some of the most important days in recent history. 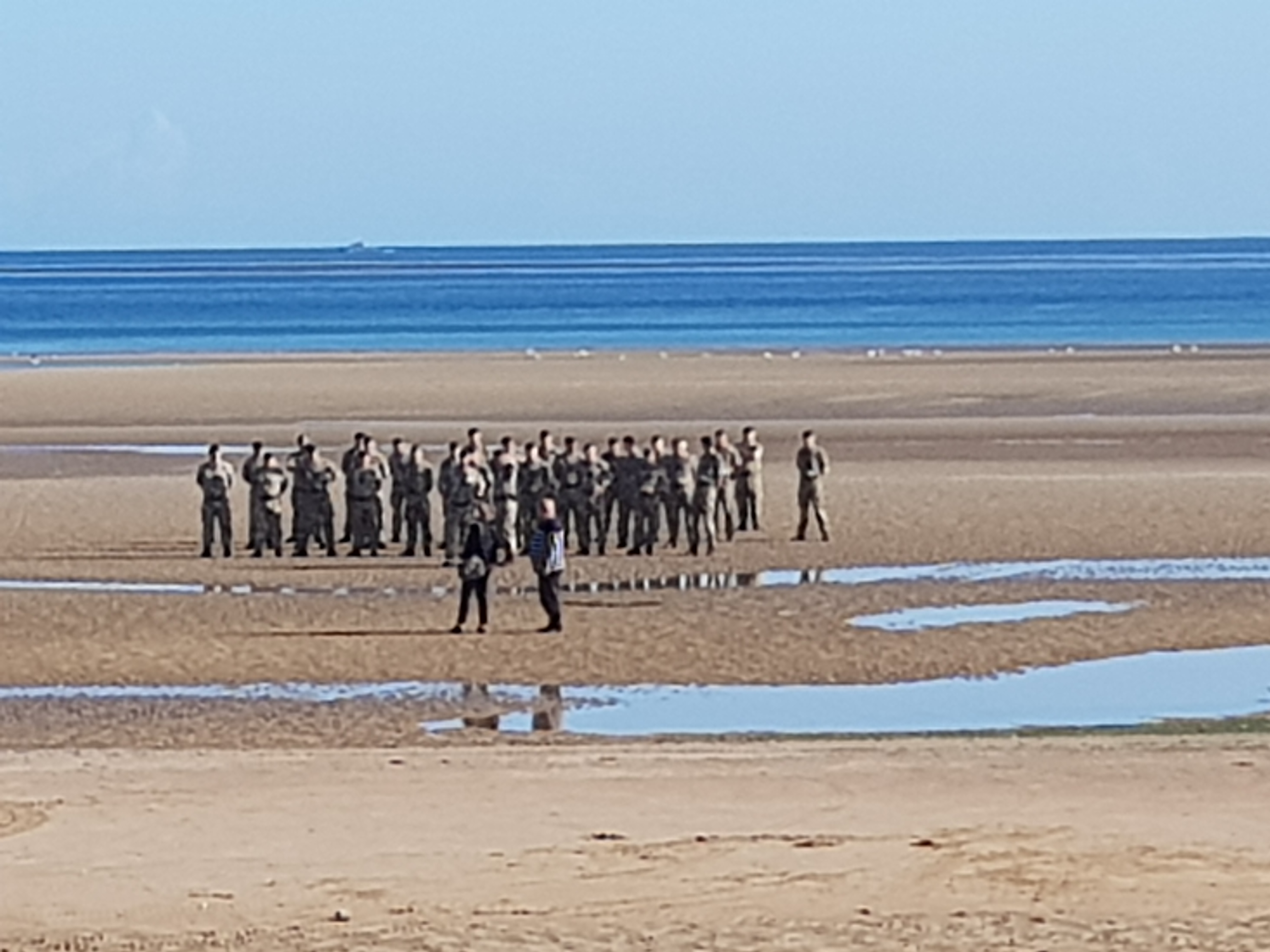