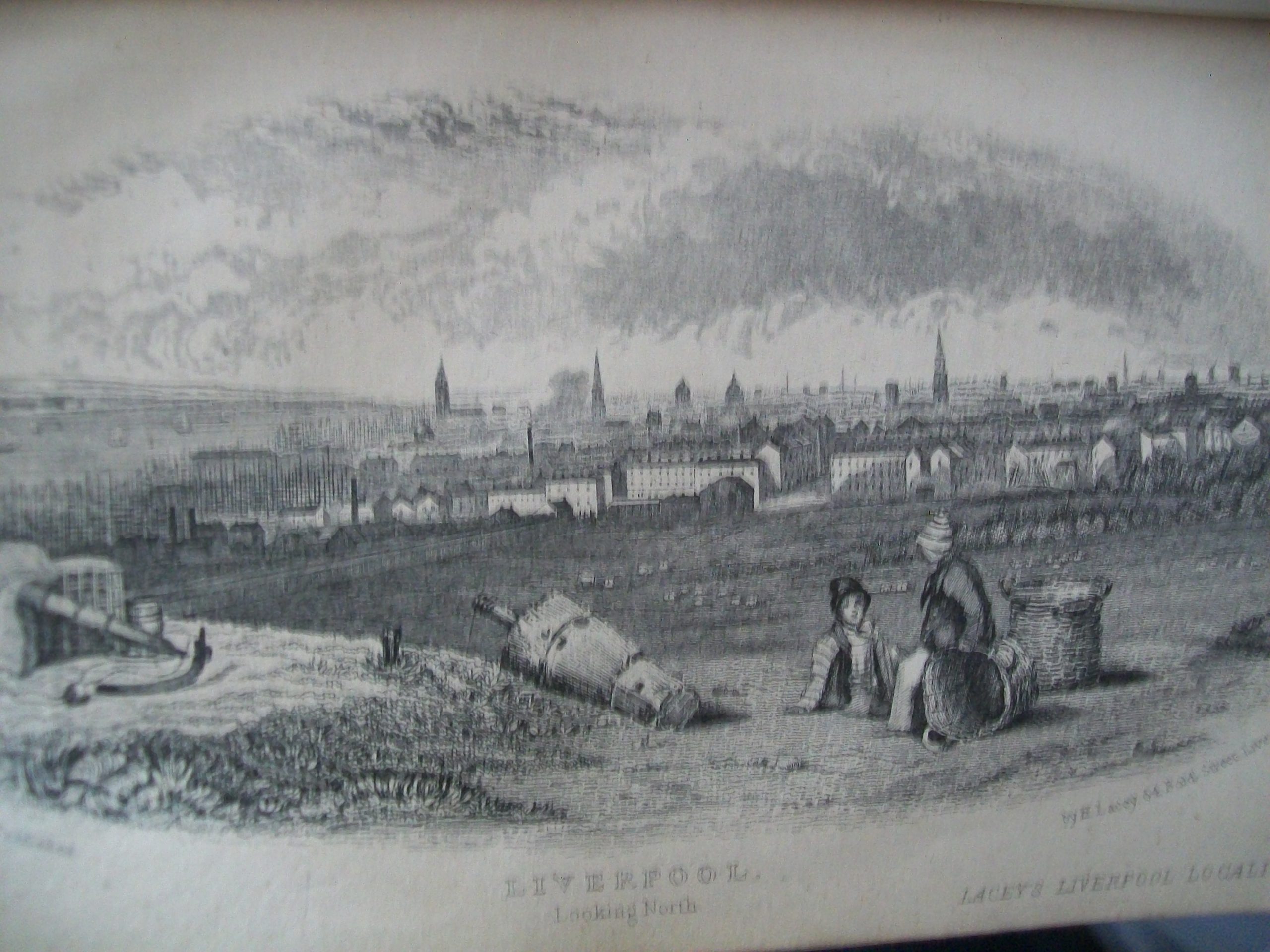 The town which emerged from the century after 1660 was a very different place to the small Lancashire market town with a rather unsatisfactory port, mostly engaged in trade around the Celtic Sea that had existed.  Contemporary commentators wrote of it in glowing terms. In 1693 William Blundell, who had helped to finance what was possibly the first trans-Atlantic voyage wrote, “The buildings and people of Liverpool … are certainly more than doubly augmented and the Customs, 8 or 10 fold increased in the twenty eight years last passed”. At about the same time Celia Fiennes visited and recorded her impressions “Mostly new built houses of brick and stone after the London fashion, the first original was a few fishermen’s houses and now grown to a fine large town …. it’s London in miniature as I ever saw”

Blundell had been involved as an investor in the main factor in this growth.  In 1666 he had invested £40 in freight for the ship “Antelope” sailing to Barbados, probably the first Liverpool ship to make a transatlantic voyage.  She was laden with a mixed cargo of local industrial and agricultural produce.    Blundell made more than one hundred percent profit on his investment.  Liverpool’s role in supplying the American colonies with everyday necessities and luxuries in return for sugar, tobacco, furs, timber and other American produce had begun. This was to be the town’s main source of income for the next two centuries.  After 1701 and the voyage of the “Liverpool Merchant”, the profits of the frightful African slave trade was added to this revenue.  Many historians argue that the role of the slave trade in the prosperity of Liverpool has been exaggerated.

As wealth poured into the town so did people, the population increasing tenfold in the century as newcomers sought their fortunes.  In the main these migrants came from the north of England but also from Wales, Scotland and Ireland.  The new arrivals had to be housed and new streets sprang up,  while many  moved into existing dwellings which became overcrowded slums.

There was little time in the new Liverpool for culture, intellectual pursuits and the enjoyment of the arts,  William Enfield, Principal of the Warrington Academy, wrote in his “History of Liverpool”of 1773 that it was  a place where “ Arts and sciences are inimical to the spot, absorbed in the nautical vortex, the only pursuit of the inhabitants is COMMERCE  …. Liverpool is the only town in England of any pre-eminence that has not one single erection or endowment for the advance of science, the cultivation of the Arts or promotion of useful knowledge”.

This acerbic comment was not justified, because at the time of writing the town had the first subscription Library in England, established in 1758, a theatrical tradition that brought some of the period’s finest actors to perform, a theological library and pre-eminently a flourishing musical tradition.  Nor were the visual arts neglected, George Stubbs was a native of the town who spent his early years there.  Joseph Wright left Derby for the more advantageous atmosphere of Liverpool.

By the latter part of the century the second generation of Liverpool’s commercial elite were more interested in cultural pursuits and they had a number of advantages to allow them to pursue genteel interests.  They had money, they were relieved of many of the social and financial pressures that had dogged their parents struggling to climb the greasy pole of commercial success, they were better educated and so more appreciative of intellectual pursuits and above all they wished to establish themselves as “gentlemen” by pursuing the mores and manners of upper middle class life.  A frequent element of this was the pursuit of academic hobbies and scholarly research.  For this the existing Liverpool Library proved inadequate.  Although these new men had cultural interests they were also keen business men who needed the international and commercial information that could be gained from newspapers.  In the proposal for the Athenaeum these two elements combined and as the formation of clubs, societies and associations with exclusive membership was the vogue of the period the idea of a combined library, newsroom and exclusive club came together in a happy serendipity.