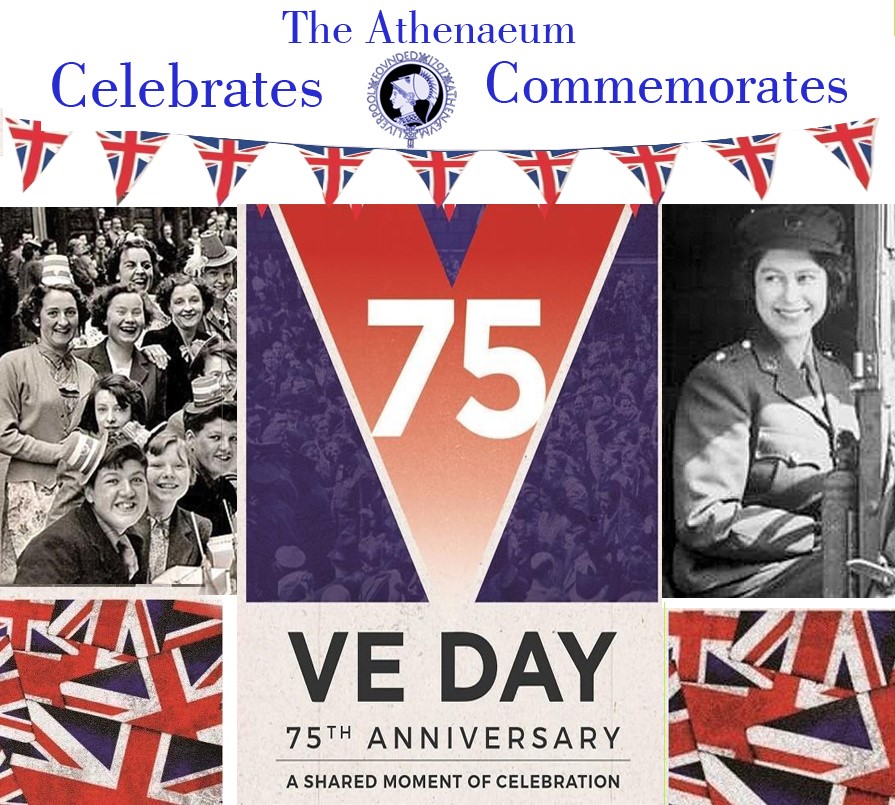 The country will come together to celebrate VE Day 75 and remember the end of the Second World War in Europe this Friday (May 8th). The Athenaeum was due to mark the occasion with a lunch, but current events have made that impossible. Instead, we share the below message from our friends at SSAFA.

SSAFA Merseyside the Armed Forces charity is asking people to mark this pivotal moment in history, and to understand how Liverpool was involved on VE Day and throughout the Second World War.

Liverpool experienced its first air raid in August 1940. On November 28 and 29 that year, 350 tonnes of explosive bombs hit the city killing nearly 300 people.  A year later, Merseyside was bombed almost every night for the first 8 days of May 1941.

In total, 1,900 people were killed, 1,450 wounded and 70,000 made homeless. On VE day, Liverpool held street parties, pubs stayed open all night and the people came together to celebrate the end to the war in Europe.

Following VE Day and as the victory celebrations subsided, SSAFA’s then Chairman, Air Vice-Marshal Sir Norman McEwen, made a wireless appeal on Sunday 13 May 1945.  He asked the people of the United Kingdom to remember that, for many of the soldiers, sailors, airmen and their families, even though the War had ended, their personal battles had not and, in some cases, were just starting. For those who serve this Nation in any conflict, his words remain as true today as they were then.

SSAFA has been supporting military personnel, veterans and their families for over 135 years.