Overview The Liverpool Civic Service League was established three years prior to the First World War in response to the 1911 General Transport Strike.  Headed by a Managing Committee comprised of leading members of the business and civic community, the League was described by the inaugural Chairman, Frank J. Leslie, as an “organisation of … Read more 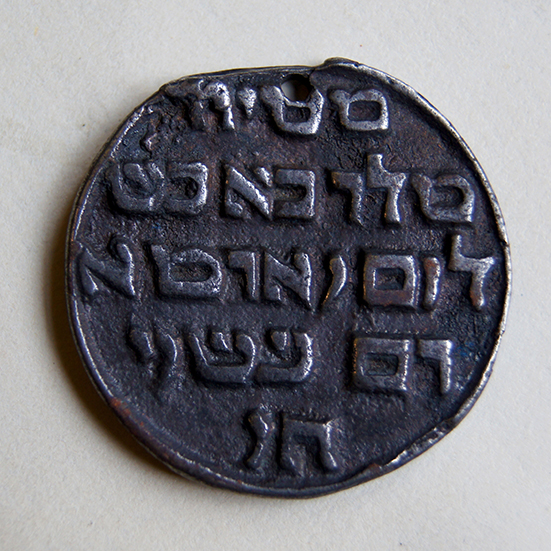 The survey on Robert Gladstone’s collection continues and still manages to surprise us! Whilst looking through yet another card index box I found an unassuming envelope with a ‘Christ Medal’ contained within. A Christ medal was worn to show a sign of faith and ours shows Jesus on one side and Hebrew text on the … Read more

We are currently in the process of surveying the Athenaeum’s collection of archives and we have found some real treasures. Within Robert Gladstone’s collection we have found a complete series of minute books from the Liverpool Civic Service League. It seems nobody knew we had these lurking in our stacks and we think they could … Read more

Before the ‘Windrush’: Race Relations in 20th-Century Liverpool has been written by John Belchem, Athenaeum proprietor and Emeritus Professor of History at the University of Liverpool. The volume was published by Liverpool University Press in 2014. Liverpool’s cosmopolitan society of transients and settlers from various locations date back several centuries. This book concentrates on the … Read more

The Athenaeum Library is grateful to Her Honour Judge Elizabeth Steel (Christie) for donating to the institution quite a number of her late husband’s books. They range over a number of topics and include several with a musical flavour. One of these is the autobiography: Sir Geraint Evans: A Knight at the Opera – published … Read more

If you thought that you knew the port, Adrian Jarvis’s book Liverpool: A History of ‘The Great Port’ (Liverpool History Press, 2014) is bound to have something new to say. The volume is full of detail with many illustrations, some in colour. Jarvis concentrates on the period after 1672 when the land that became the … Read more

Many Proprietors may well be familiar with the books, and the films based on them, written by Nevil Shute. Parallel Motion: A Biography of Nevil Shute Norway by John Anderson is a new book into the Athenaeum library. The volume was published by The Paper Tiger Inc. in 2011. It covers Shute’s remarkable career as … Read more

On Lightnight at the Athenaeum visitors were welcomed in to view the Newsroom and the Library and see some of the many treasures from the book collection that span the centuries. Amongst the books on display a volume of the Atlantic Neptune attracted a great deal of interest. The two volume work contains maps and … Read more

A scheme in the 1950s and early 1960s saw city-centre helicopters as the way to promote urban mobility and inter-city travel. New technology would get this form of transport right to the heart of Liverpool. An article in the 2014 (volume 163) of Transactions of the Historic Society of Lancashire and Cheshire examines the plans … Read more

In addition to over 60,000 books and thousands of pamphlets (many rare or unique) the Athenaeum Library is rich in many non-book materials: maps, prints, manuscripts, autographs, watercolours, photographs and playbills. In this note I will draw attention to an important example, which I hope will whet the appetite for discovery in the readers of this occasional … Read more