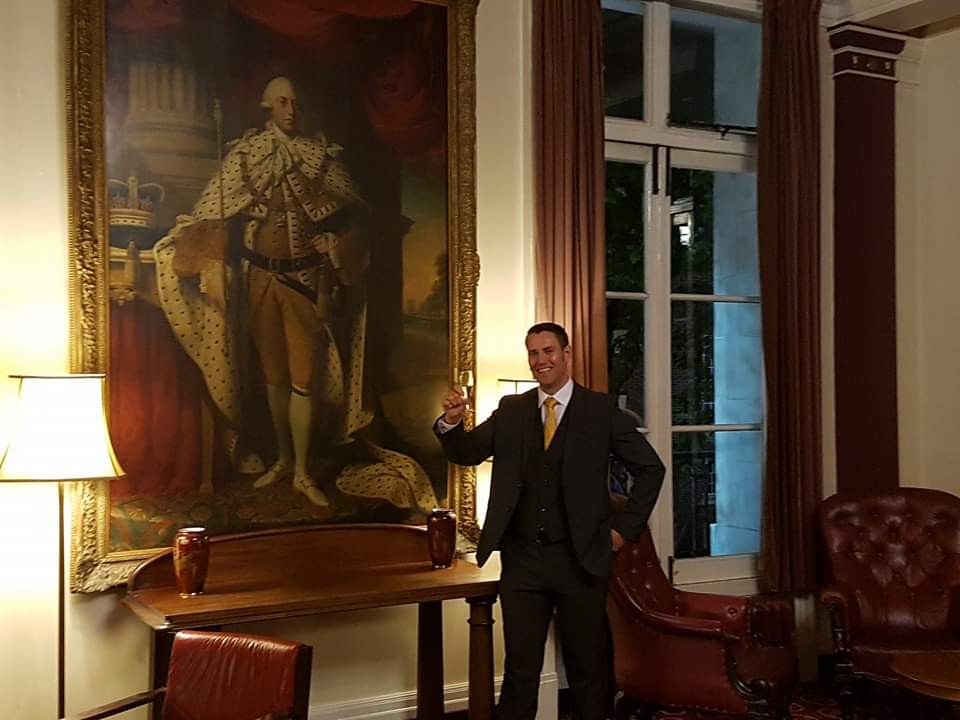 Every Monday we profile one of our Members. This week in we are joined by Proprietor 310, Stewart Lawrence BEng (Honours) FDEng MIET.

I’m Stewart Lawrence, from Liverpool, who left at 16 to read (as they call it) Engineering, which led to traveling, and working abroad; eventually coming back to Liverpool (full-time) in 2011. Currently Head of Engineering for a Manufacturing company in Liverpool, making protective products for the agriculture, building & energy sector from recycled materials.

What is your greatest achievement  ?

Apart from my children, qualifying as a Royal Navy Submariner, and firing a Trident 2 D5 missile from a Royal Navy Vanguard Class Submarine, and a US Navy Ohio Class Submarine. A lot of hard work and effort was put in, and don’t know many people that could say they have been part of a team that has achieved this.

Can you give one interesting fact about yourself ?

I got stopped by a local reporter in Florida coming out of the 7Eleven in 2000, asking why I was voting for Al Gore live on morning TV. Being that I was 19, first time abroad (sent there by the Navy), I asked what was an ‘Al Gore’ to the massive astonishment of the local reporter. When they asked; ‘Why I had a blue cup’? (You showed how you voted by a blue cup for Gore, and a red cup for Bush) I replied: ‘I always pick blue, because I’m a Evertonian’, as I walked off to laughter.

What brought you to the Athenaeum ?

I love history, and realised I knew nothing of my own city. I had left at 16, and didn’t return till I was 30. I stumbled across the place by accident, and it had the same feel as a mess in the Navy which I missed. Nice vibe to the place, and a lot of people, with huge difference in interests etc. I enquired about joining, and was made to feel welcomed straight away, and I’ve loved going ever since. Especially during the day, when it is nice to relax with a paper, and pot of tea.

Is there anything you would like to change about the Athenaeum ? Not a lot. The way the club is, I think is what makes it attractive. I would relax the dress code in the day time. I don’t believe you should have to dress in a suit to have a meal at lunch time**, and believe you would have more people having meals at lunch, if the dress code was relaxed. Especially younger members.

** Did you know? In accordance with the Institution’s by-laws, though it is always appropriate, there is no requirement for gentlemen to wear a jacket or tie anywhere in the Club unless stipulated for an event.

Do you have any Athenaeum memories or stories that you’d wish to share ?

The opera nights are always a favourite for the misses and me. The people that we have met there and continue to meet. The memory I remember most, is meeting Sir David Maddison, who proposed me for membership. He was the nicest man you’ll ever meet and will be missed.

What would you say to anyone considering joining the Club ?