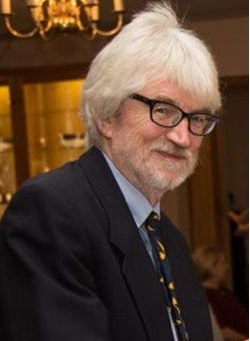 Every Monday we profile one of our Members. This week in we are joined by Proprietor 456, Catering Representative Professor John Belchem.

I am an academic historian who joined the University of Liverpool in January 1980 from an earlier post in New Zealand, and progressed through the ranks to become Head of History, Dean of the Faculty of Arts and finally Pro-Vice Chancellor before retiring at the end of 2012. Not sure that this is the ideal background for my current role in the Club as Catering Representative, but in retirement my love of good food and wine quite overshadows any commitment to historical research, although as Emeritus Professor of History I continue to pursue academic interests and public engagement.

I would like to think I played a part in the transformation of down at heel Liverpool into the new confident Livercool through my involvement in various projects, including membership of one of the working parties preparing the bid to become European Capital of Culture and also of the Steering Group which gained UNESCO inscription for Liverpool Maritime Mercantile City World Heritage Site – I now sit on the Mayor’s Task Force to protect this prized status. Then there was the privilege of editing Liverpool 800 to mark the 800th anniversary in 2007 of the granting of letters patent (wrongly credited as a Royal Charter in the first question of our first daily lockdown quizzes – apologies for the academic pedantry!)

Despite the undoubted quality of the local football teams and my aspiration to become an honorary scouser I cannot shed my allegiance to West Ham United, having been born in London E13.

Who brought you to the Athenaeum?

My research into Liverpool history made me a regular visitor to the Library in the early 1990s but I was disinclined to apply for membership by the rigorous application of the dress code. Julia Carter-Preston and Michael Pugh-Thomas, the most welcoming of neighbours when we moved into what we now call the Georgian Quarter and who became dear friends, eventually persuaded me otherwise and I became a Proprietor in 1999.

We’ve made progress on the dress code but we are still hampered by restrictive opening hours and the lack of the kind of wine cellar such a Club deserves. I’d like to see dining offered somewhere other than the dining room, by no means up to the standard of other rooms in our wonderful building. I’d also like to see more members attending the wining and dining events organised by the Catering Sub-Committee to complement and enhance the Presidential programme.

Perhaps my happiest memory was celebrating my 70th birthday in the Club with family and friends a couple of years ago, enjoying an inspired bespoke gourmet menu by our executive Chef and wonderful ‘local’ wines – not Chateau Toxteth but from neighbours in our French bolthole in the Maconnais-Beaujolais.  I would encourage Proprietors to take advantage of using our superb premises for private events, not least because there is no room hire charge.

There is much to commend: the sociability of the Newsroom; the treasures of the Library; the variety of topics on offer in the Presidential calendar and the interest groups; and above all for me (as Catering Representative) the pleasure of fine food and fine wine in a fine Liverpolitan building.