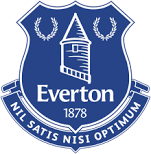 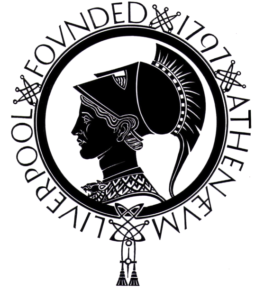 Everton CEO Prof. Denise Barrett-Baxendale and Stadium Development Director Colin Chong were the special guests at The Athenaeum for a question and answer session entitled ‘More Than a Game’.

The event, held in the splendour of The Athenaeum’s library, one of the greatest propriety libraries in the UK, gave members of the 222-year old Liverpool institution an insight into Everton’s plans for a new stadium at Bramley-Moore Dock and how a community-led legacy at Goodison Park could become an exemplar development.

Founded in 1797 The Athenaeum has remained true to its founding principles and the opportunities it provides for members to meet and enjoy the company of friends and acquaintances through a varied events programme. Addressing an influential audience made up of some of the city’s key business and legal minds Denise and Colin explained how a new stadium at Bramley-Moore Dock will not only provide a platform for the growth of the Club but also have a transformational socio-economic impact on North Liverpool and the wider Liverpool City Region – delivering a £1 billion boost to the economy, the potential for up to 15,000 jobs, bringing 1.5million new visitors to the city and more than £237 million of societal value.

Guests also heard about Everton’s plans to respect and accentuate the maritime heritage of the dock site as well as how the Club plans to build on the life-changing and life-saving work of Everton in the Community to develop a community-led legacy at Goodison Park.

Stadium Development Director Colin Chong said: “We are currently embarking on our second stage public consultation and this has been an extension of that programme. It was a pleasure for Denise and I to be invited to The Athenaeum, such a historic institution in our city to talk to their esteemed members about our plans. The positive feedback we received tonight, echoes what we have heard throughout our consultation period. All the feedback we receive is invaluable to us and will be used in our planning application submissions, which are on track to be submitted before the end of 2019.”

Dr Gaynor Bresnen, President of The Athenaeum, added: “The Athenaeum has been at the centre of debate and decision making in our great city for more than 200 years.  We are delighted to have hosted Everton Football Club this evening and look forward to the positive impact that their Bramley-Moore Dock stadium project will have on the much-needed regeneration of North Liverpool.

The People’s Project second stage public consultation is currently touring the city region and will be visiting Goodison Park on Saturday 17 August and New Brighton on Sunday 18 August. For those unable to attend the roadshow the consultation will remain open until Sunday 25 August. All the consultation materials can be viewed online by visiting www.peoples-project.co.uk/consultation